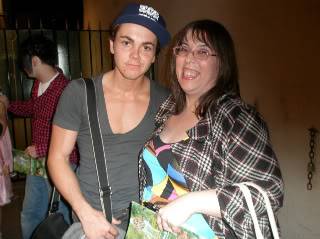 so is this a film that u can buy or is it just a clip?

The youtube clip is the whole thing, it's a short film that was made for a film festival in Liverpool I think. You can't buy it as far as i'm aware.
_________________
Sandy- Wondrous Administrator and Queen of Forumland
TQM 1
BCM 2

cool do you know where you can buy it from and is ray in anyother films?

I don't think you can buy it. He isn't in any other films but he has appeared in episodes of doctors and merseybeat and starred in an hour long drama called the singing cactus. We have a thread about it and will let people know if it's ever repeated on tv which we've been told by the channel it will be at some point.
_________________
Sandy- Wondrous Administrator and Queen of Forumland
TQM 1
BCM 2

Here's a link to a short clip of his performance in doctors, I think it was not long before x factor.

have you got any when he ws in mersy beat?

He's such a good actor